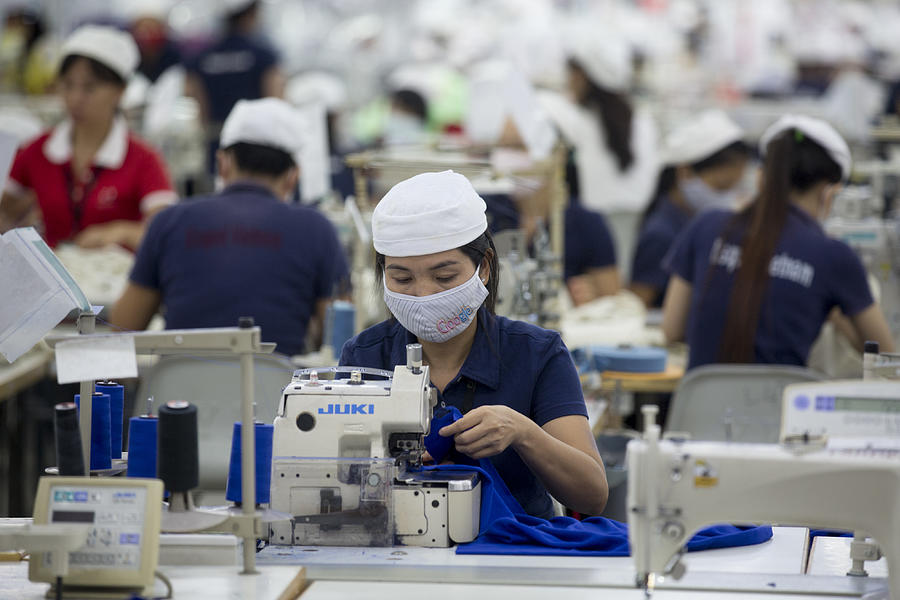 Workers sew clothing with sewing machines at the Esquel Group garment factory at the Vietnam-Singapore Industrial Park in Thuan An, Binh Duong province, Vietnam, on Tuesday, June 3, 2014. The southern province of Binh Duong attracted $896 million in foreign direct investment in first five months of this year, almost 90 percent of its 2014 target of more than $1 billion, according to a posting on a government website, citing the provincial people's committee. Photographer: Brent Lewin/Bloomberg via Getty Images

There are no comments for Inside The Vietnam-Singapore Industrial Park As Most Companies Affected By Anti-China Protests Resume Operations.   Click here to post the first comment.