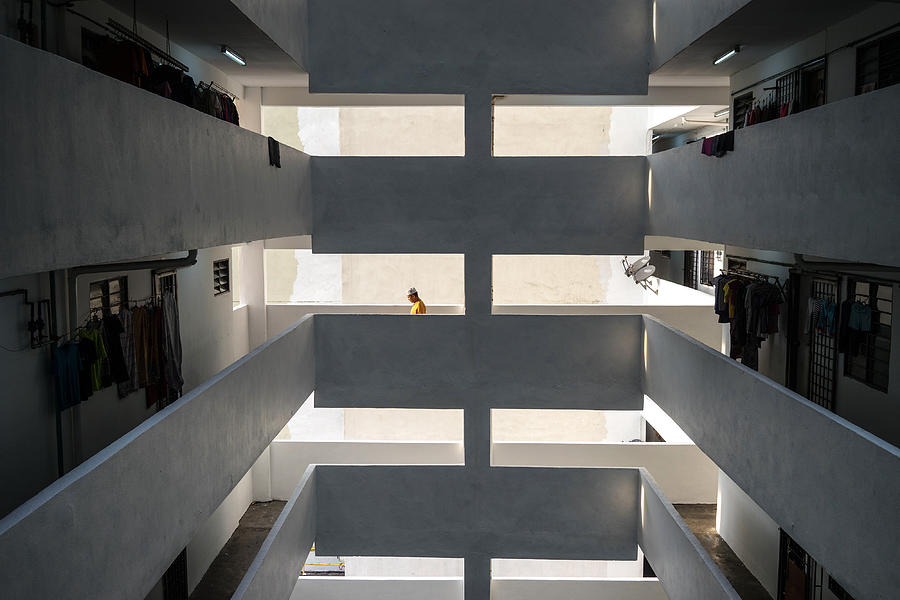 A local resident walks along the corridor of a residential apartment building at a People's Housing Project (PPR) in Kuala Lumpur, Malaysia, on Wednesday, Aug. 2, 2017. Since 2010, the government has spent more than 1.9 billion ringgit on low-income households. The poor and very poor -- earning less than 460 ringgit a month in some places -- fell from 3.8 percent of the population in 2009 to 0.6 percent in 2014, according to the most recent data. Still, many Malaysians feel less secure. Photographer: Sanjit Das/Bloomberg via Getty Images