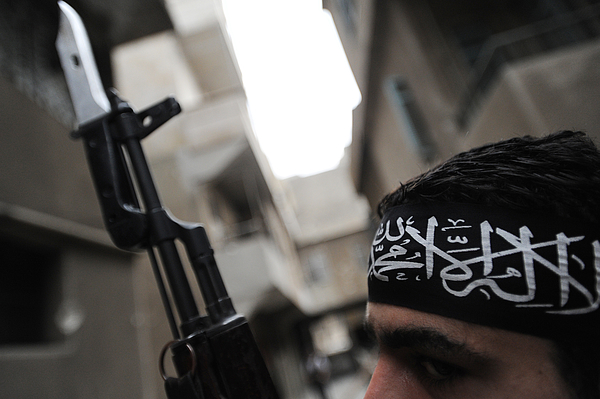 ALEPPO, SYRIA - OCTOBER 23: A Syrian rebel with an Islamic headband and bayonet holds his rifle at a frontline post 25 meters from government snipers after three months of intense fighting against rebels of the Free Syrian Army (FSA) on October 23, 2012 in Aleppo, Syria. In this critical battleground of Syria's 20-month uprising, FSA commanders say they control more than half of Syria's second city and commercial hub, though civilian areas - and especially long bread lines - have been targeted daily. The uprising against the government of President Bashar al-Assad has claimed an estimated 34,000 lives. (Photo by Scott Peterson/Getty Images)