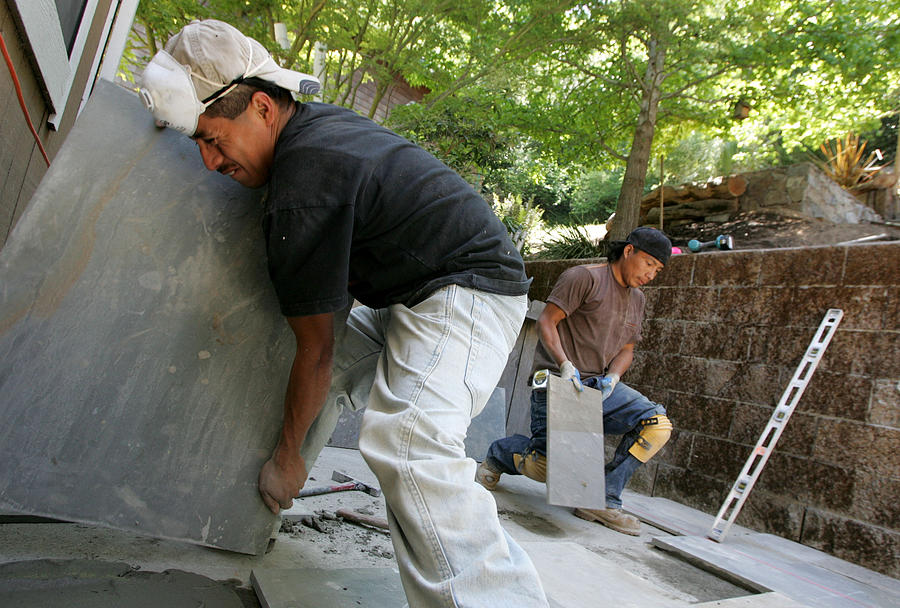 SAN RAFAEL, CA - MAY 23: Illegal immigrants Misael Amrocio (L) and Jose Augustine, both of Guatemala, layout a flagstone patio while working on a landscaping job May 23, 2007 in San Rafael, California. Both Misael and Jose came to the United States from Guatemala and are currently living and working as landscapers in Marin County, California. Jose is married with one child who still lives in Guatemala. The Senate immigration bill currently being debated in Washington would lay out a scenario for Jose and his family to become citizens, which could include paying a fine and returning to ones country of origin. (Photo by Justin Sullivan/Getty Images)