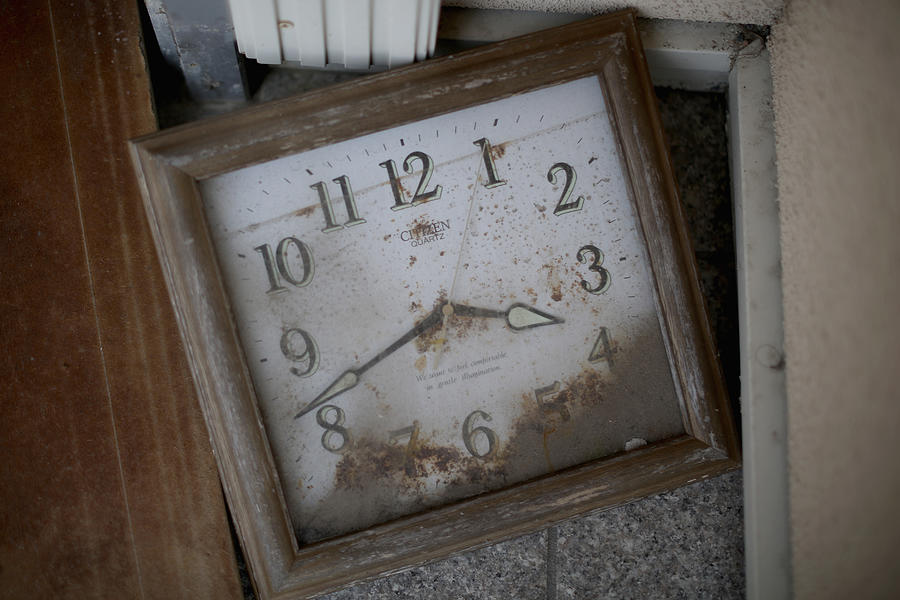 OKUMA, JAPAN - FEBRUARY 26: A stopped clock covered in five years of dust, sits in tsunami damaged home inside the exclusion zone close to the devastated Fukushima nuclear plant. The area is now closed to residents due to radiation contamination from the Fukishima Nuclear Disaster on February 26, 2016 in Okuma, Japan. March 11, 2016 marks the fifth anniversary of the magnitude 9.0 earthquake and tsunami which claimed the lives of 15,894, and the subsequent damage to the reactors at TEPCO's Fukushima Daiichi Nuclear Power Plant causing the nuclear disaster which still forces 99,750 people to live as evacuees away from contaminated areas. (Photo by Christopher Furlong/Getty Images)