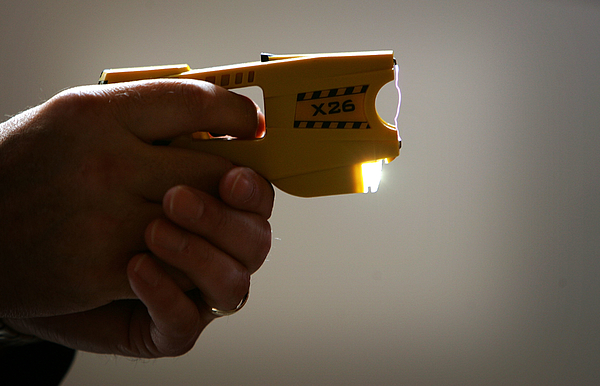 BLACKPOOL, UNITED KINGDOM - MAY 16: A representative from Taser International fires the companies latest X26 stun gun during the Police Federation Conference at Winter Gardens on May 16, 2007 in Blackpool, England. British Home Secretary John Reid announced today that more Taser guns could be deployed on the streets of the UK by frontline police officers. The Taser's which stun a person with up to 50,000 volts, and can currently only be carried by armed response officers have some under harsh criticism from Amnesty International who claim more than 70 deaths in Canada and America have been linked to the weapon. (Photo by Christopher Furlong/Getty Images)