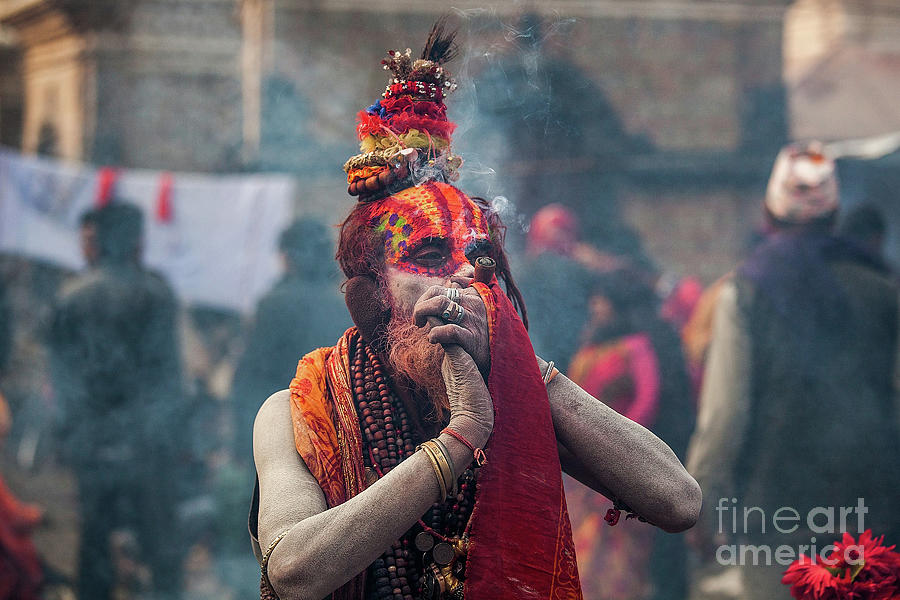 KATHMANDU, NEPAL - FEBRUARY 17: A Shadu, or holy man, smokes cannabis with a chillum inside Pashupatinath temple during the celebration of the Maha Shivaratri festival on February 17, 2015 in Kathmandu, Nepal. Close to one million devotees from different countries attended the Maha Shivaratri festival at the Pashupatinath Temple in Kathmandu, Nepal. Maha Shivaratri is a Hindu festival held every year to revere the god Shiva and is considered one of the most important festivals in Hindu holy scriptures. Devotees of Shiva fast overnight and give offerings to the god in return for heavenly blessings. Although cannabis is illegal in Nepal, the authorities permit its consumption by Shadus, or holy persons, inside temple premises during the festival as a form of religious ritual, an imitation of a legend during which Shiva smoked cannabis as he came to the forests near the temple. (Photo by Omar Havana/Getty Images)