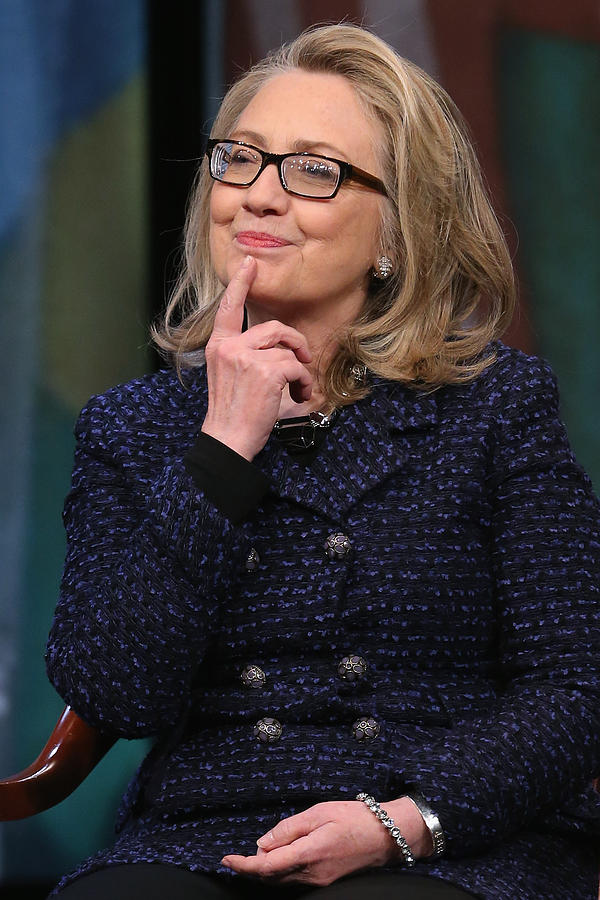 WASHINGTON, DC - JANUARY 29: U.S. Secretary of State Hillary Clinton answers questions from people from around the world during a "Global Townterview" at the Newseum January 29, 2013 in Washington, DC. Clinton took questions from youths from around the world via satellite and social media including Twitter, Facebook and Skype in advance of her last day at the State Department Friday. (Photo by Chip Somodevilla/Getty Images)