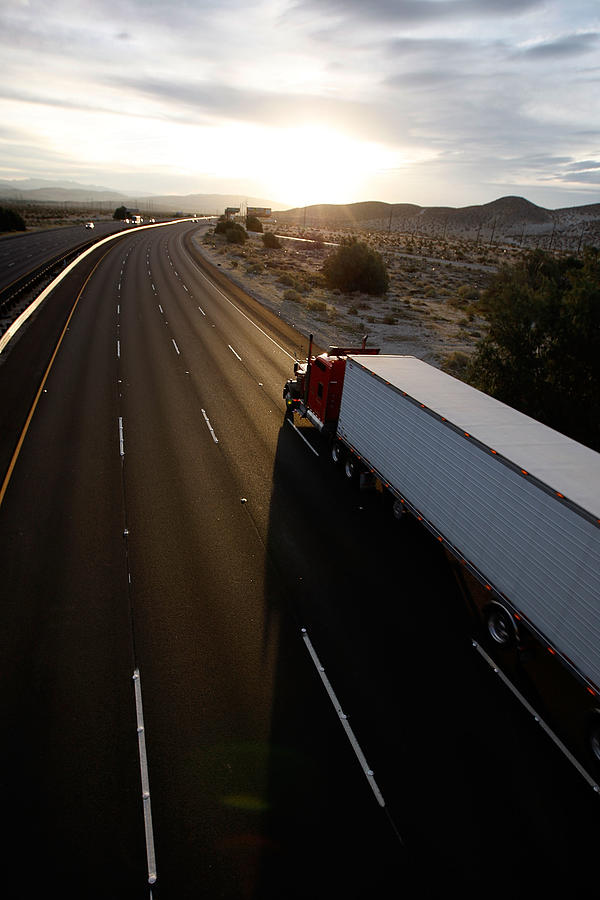 PALM SPRINGS, CA - JANUARY 17: A truck travels the Interstate 10 freeway on January 17, 2010 near of Palm Springs, California. The San Andreas earthquake fault crosses all roadways and railways that connect the southern California metropolitan areas, as well as the busiest port complex in the nation, with the rest of the US. The January 12 magnitude 7.0 earthquake in Haiti suggests that the record-breaking earthquake could strike at any time on this section of the San Andreas Fault. Scientific consensus states a 99.7 percent chance that a magnitude 6.7 quake or larger will strike by 2037 on the southern portion of the 800-mile-long San Andreas Fault, east of Los Angeles. This section of the fault has had very little slippage for more than 300 years and has built up immense pressure that could touch off a significant earthquake at any time, according to seismologists. (Photo by David McNew/Getty Images)