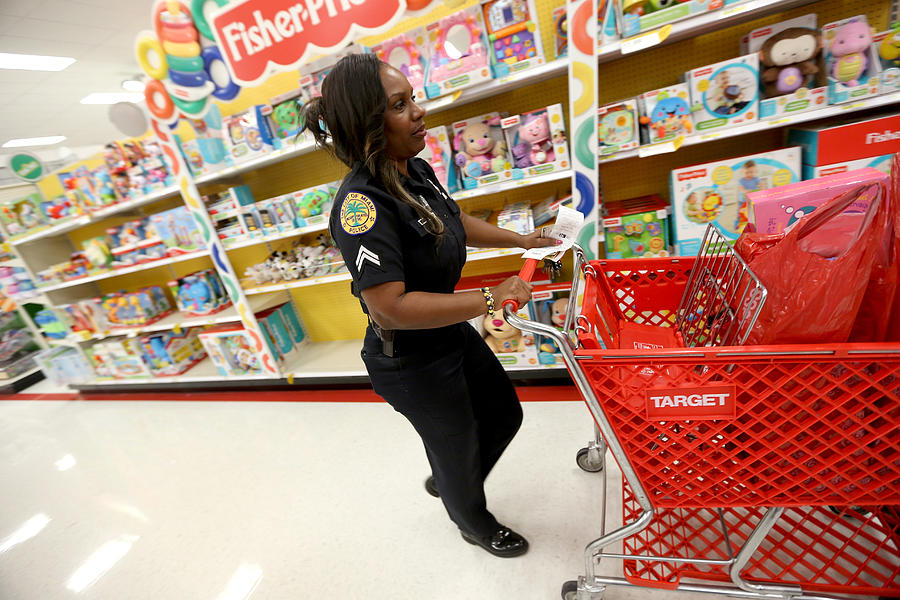 MIAMI, FL - DECEMBER 19: City of Miami police officer, Frederica Burden, shops during the "Shop with a Cop" program that helps the Police Athletic League give gifts to children during the holiday season at a Target store on December 19, 2013 in Miami, Florida. Target announced that about 40 million credit and debit card accounts of customers who made purchases by swiping their cards at terminals in its U.S. stores between November 27 and December 15 may have been stolen. (Photo by Joe Raedle/Getty Images)