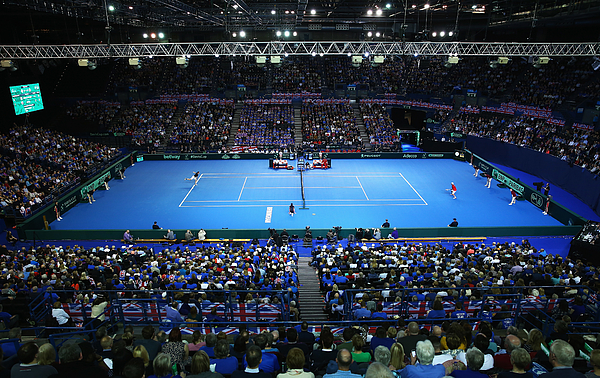 BIRMINGHAM, ENGLAND - MARCH 04: A general view during the singles match between Andy Murray of Great Britain and Taro Daniel of Japan on day one of the Davis Cup World Group first round tie between Great Britain and Japan at Barclaycard Arena on March 4, 2016 in Birmingham, England. (Photo by Clive Brunskill/Getty Images)