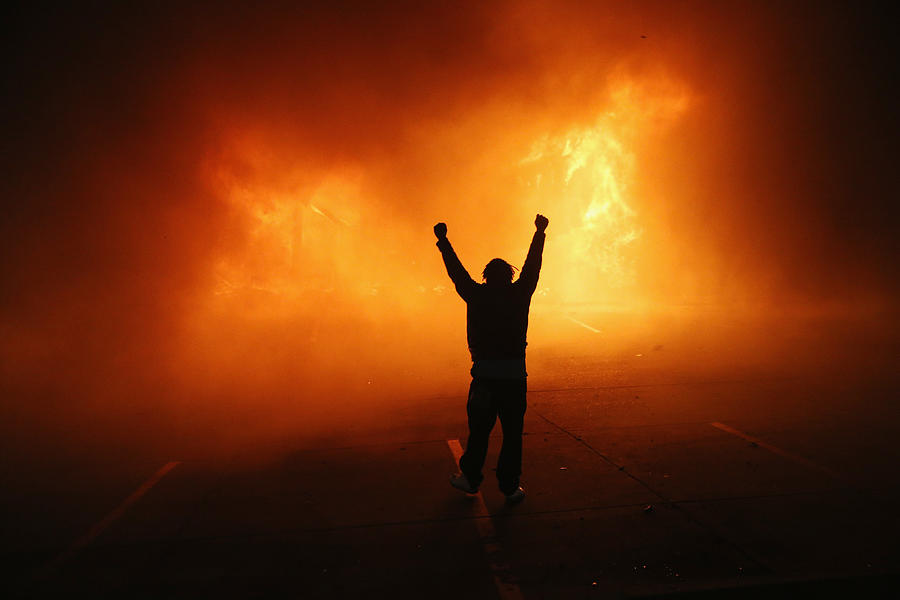 FERGUSON, MO - NOVEMBER 24: A demonstrator celebrates as a business burns after it was set on fire during rioting following the grand jury announcement in the Michael Brown case on November 24, 2014 in Ferguson, Missouri. Ferguson has been struggling to return to normal after Brown, an 18-year-old black man, was killed by Darren Wilson, a white Ferguson police officer, on August 9. His death has sparked months of sometimes violent protests in Ferguson. A grand jury today declined to indict officer Wilson. (Photo by Scott Olson/Getty Images)