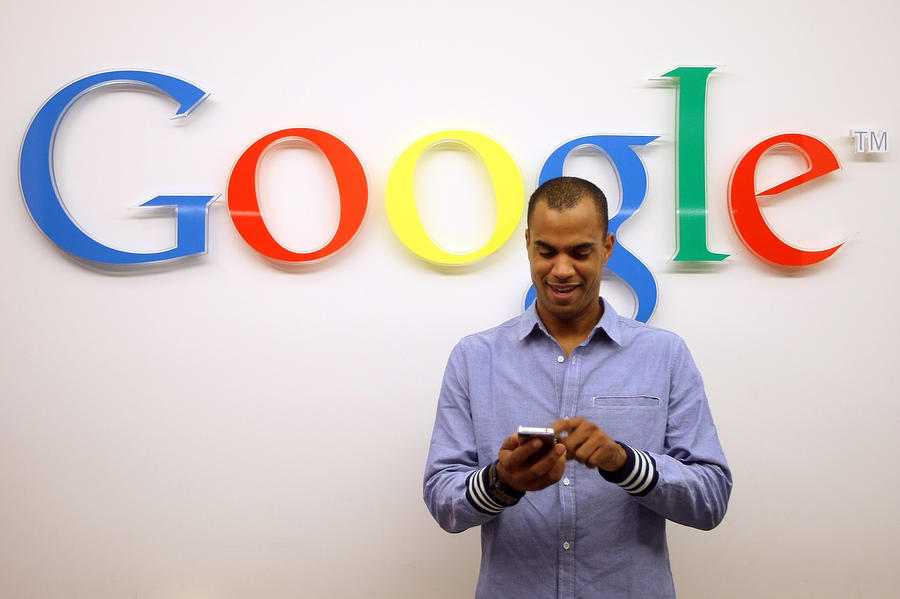 BERLIN, GERMANY - SEPTEMBER 26: A visitor uses a cell phone in front of the Google logo on September 26, 2012 at the official opening party of the Google offices in Berlin, Germany. Although the American company holds 95% of the German search engine market share and already has offices in Hamburg and Munich, its new offices on the prestigious Unter den Linden avenue are its first in the German capital. The Internet giant has been met with opposition in the country recently by the former president's wife, who has sued it based on search results for her name that she considers derogative. The European Commission has planned new data privacy regulations in a country where many residents opted in to have their homes pixeled out when the company introduced its Street View technology. (Photo by Adam Berry/Getty Images)