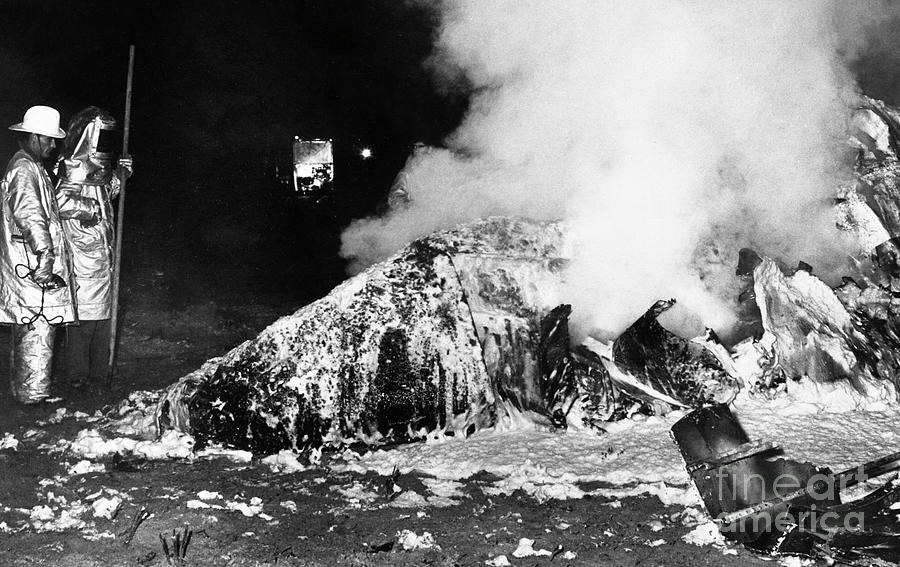 Emergency services at the site of a Boeing B-52 Stratofortress crash at Faro, 12 miles north of Goldsboro, North Carolina, USA, on the night of 23rd-24th January 1961. The bomber broke up in mid-air, killing three crew and releasing two 3-4-megaton Mark 39 nuclear bombs. Some of the arming mechanisms on one bomb were later found to have been activated and there is still debate as to how close the bombs came to detonating. (Photo by Bettmann Archive/Getty Images)