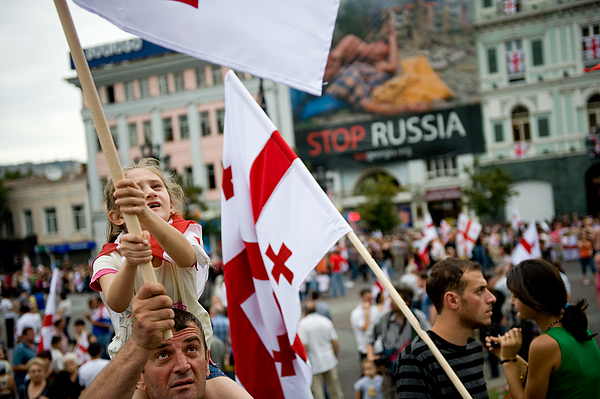 TBILISI, GEORGIA - SEPTEMBER 01: Georgians wave their national flag during a peace rally held in Republic Square, where a golden statue of Saint George, the patron saint of Georgia stands, on September 1, 2008 in Tbilisi, Georgia. Rallies were held simultaneously across Georgia with protestors forming a human chain in Tbilisi in a display of Georgian solidarity in response to Russia's military action in Georgia and its recognition of sovereignty of breakaway regions Abkhazia and South Ossetia. (Photo by Cliff Volpe/Getty Images)