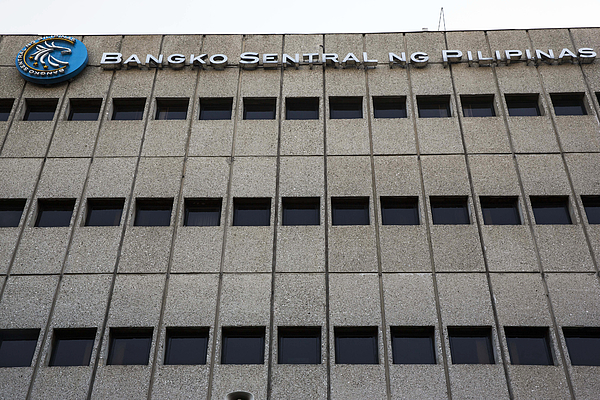 Signage for the Bangko Sentral ng Pilipinas is displayed outside its headquarters in Manila, the Philippines, on Monday, May 2, 2016. Once Asia's "sick man," the nation of 101 million people has earned World Bank praise as the continent's "rising tiger" under outgoing leader Benigno Aquino III, posting average six-year growth of 6.2 percent, the fastest since the 1970s. Photographer: Taylor Weidman/Bloomberg via Getty Images