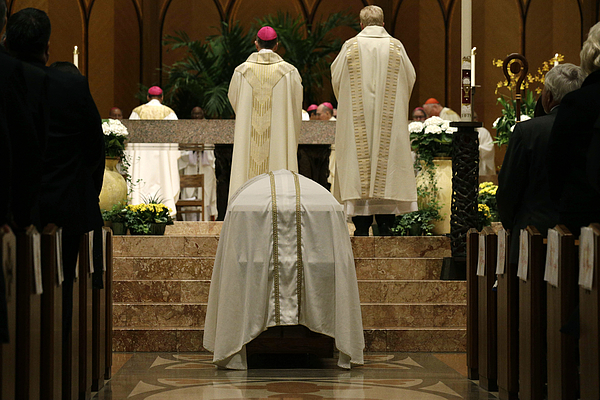 CHICAGO, IL - APRIL 23: The casket of Cardinal Francis George rests before the altar during his funeral Mass at Holy Name Cathedral on April 23, 2015 in Chicago, Illinois. Cardinal George died on April 17 at the age of 78 after a long battle with cancer. (Photo by Nam Y. Huh-Pool/Getty Imagesl)