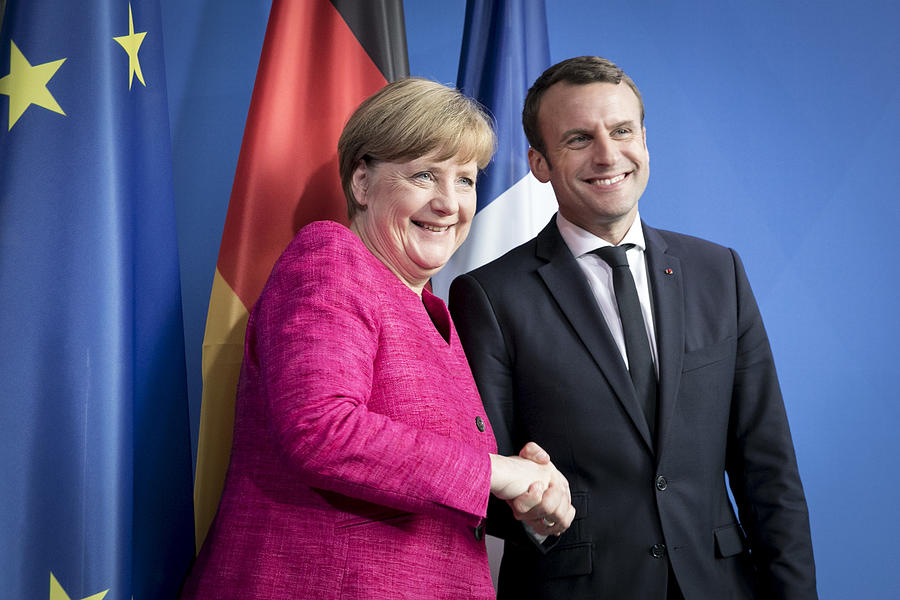 BERLIN, GERMANY - MAY 15: German Chancellor Angela Merkel and newly-elected French President Emmanuel Macron attend a press conference at the Chancellery on May 15, 2017 in Berlin, Germany. Macron is visiting Berlin only a day after being sworn in as president in Paris. While Macron and Merkel have both demonstrated an unwavering commitment to the European Union and Merkel strongly applauded Macron's election, they are likely to differ over Macron's desire for E.U.-issued bonds, a measure Merkel has strongly opposed in the past. (Photo by Axel Schmidt/Getty Images)