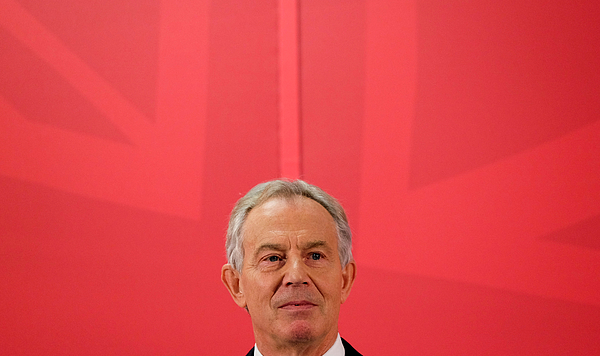 SEDGEFIELD, ENGLAND - APRIL 07: Former British Prime Minister and former Labour MP for Sedgefield, Tony Blair gives a speech to waiting party members ahead of a visit to the construction site for the new Hitachi Trains Europe factory on April 7, 2015 in Sedgefield, England. The visit came as part of Labour's campaign build up ahead of the General Election on May 7 which is predicted to be Britain's closest national election. (Photo by Ian Forsyth/Getty Images)