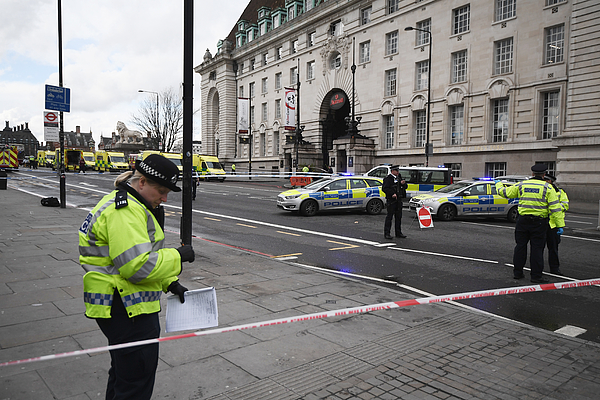 LONDON, ENGLAND - MARCH 22: Police seal off the road near Westminster Bridge and the Houses of Parliament on March 22, 2017 in London, England. A police officer has been stabbed near to the British Parliament and the alleged assailant shot by armed police. Scotland Yard report they have been called to an incident on Westminster Bridge where several people have been injured by a car. (Photo by Carl Court/Getty Images)