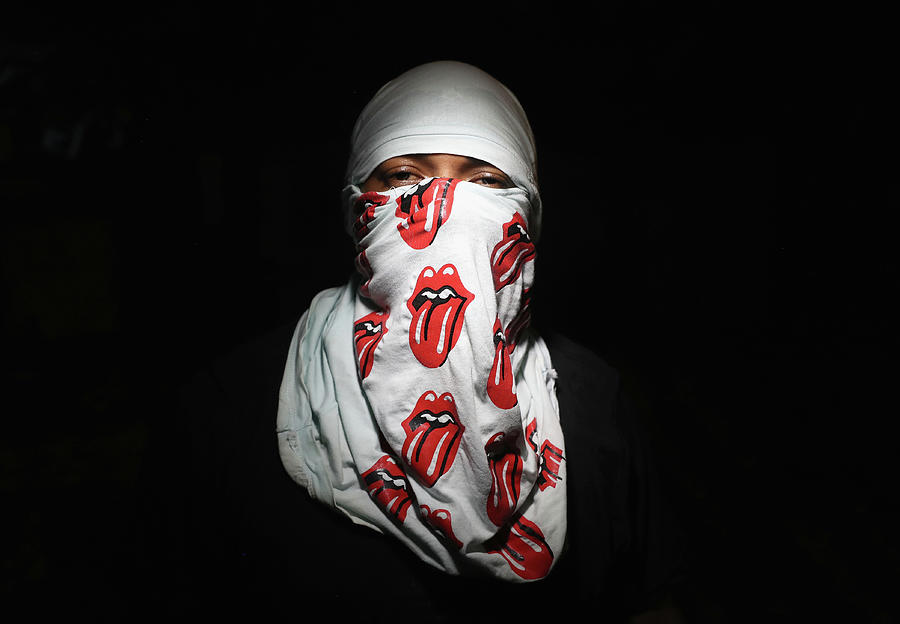 SAN PEDRO SULA, HONDURAS - AUGUST 17: Street gang member 'Big Dog', 25, poses for a photo at his group's safe house on August 17, 2017 in San Pedro Sula, Honduras. His gang of more than 40 'sicarios' earns money by armed robbery and murder by hire. San Pedro Sula has one of the highest violence and homocide rates in the world for a populace not at war. Poverty and violence have driven immigration to the United States, although the number of U.S.-bound immigrants has dropped during the first months of the Trump Presidency. (Photo by John Moore/Getty Images)