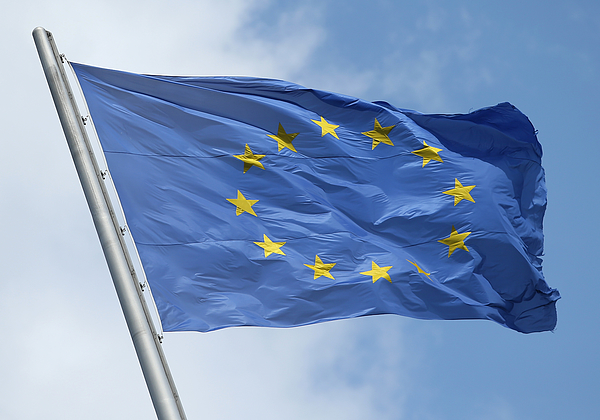 BERLIN, GERMANY - JULY 06: The flag of the European Union flies over the Reichstag the day after a majority of people voted "no" in the Greek referendum on July 6, 2015 in Berlin, Germany. Greeks voted in a strong majority against the reform plan proposed by the troika of the European Central Bank, the International Monetary Fund and the European Commission in a move that many fear will lead to a departure by Greece from the Eurozone. (Photo by Sean Gallup/Getty Images)