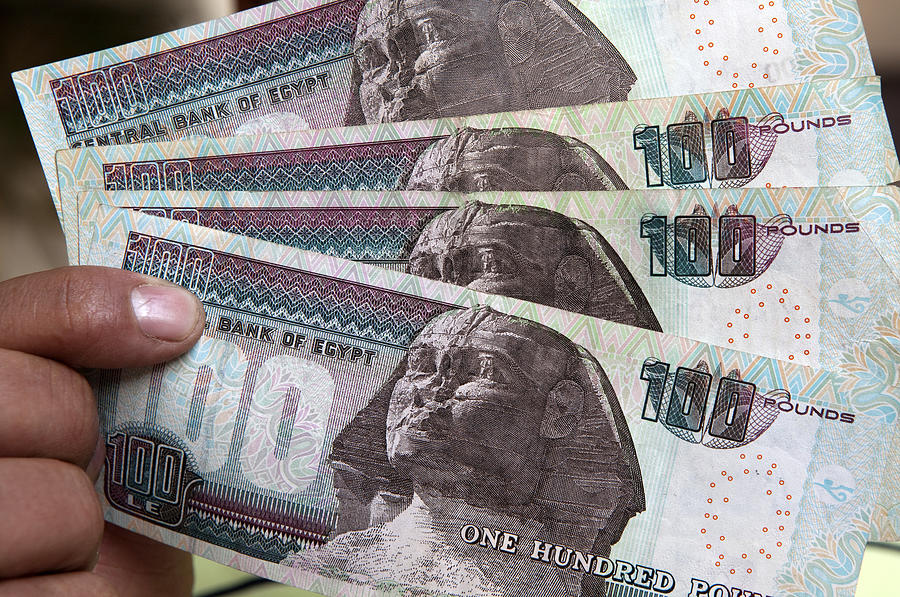 Egyptian one hundred pound notes are held for an arranged photograph in Cairo, Egypt, on Tuesday, Nov. 22, 2011. Egypt's benchmark dollar bonds slumped, sending the yield to the highest level since January, after concessions made by the country's military rulers were rejected by protesters demanding a civilian government. Photographer: Shawn Baldwin/Bloomberg via Getty Images