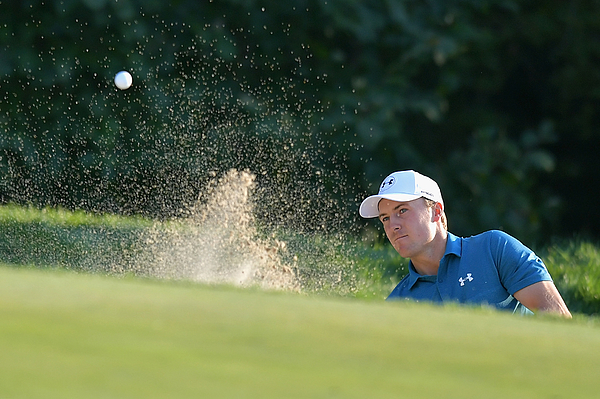 NORTON, MA - SEPTEMBER 04: Jordan Spieth of the United States plays a shot from a bunker on the 18th hole during the final round of the Dell Technologies Championship at TPC Boston on September 4, 2017 in Norton, Massachusetts. (Photo by Drew Hallowell/Getty Images)