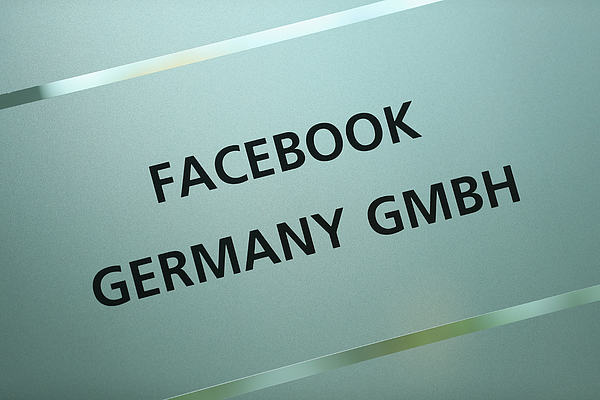 BERLIN, GERMANY - AUGUST 29: A sign outside marks the location of the Berlin Facebook offices on August 29, 2016 in Berlin, Germany. The German government has put pressure on Facebook to curb users from posting hate speech in Facebook posts, which has become more virulent in the past year as Germany grapples with processing asylum requests and integrating those approved from the approximately one million refugees and migrants who arrived in 2015. (Photo by Sean Gallup/Getty Images)