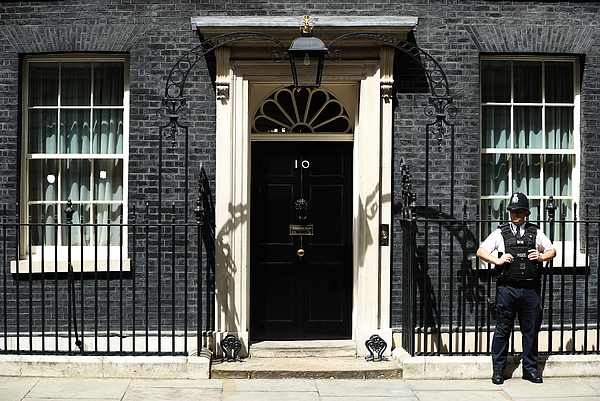 LONDON, ENGLAND - JUNE 27: A general view of 10 Downing Street following a cabinet meeting on June 27, 2016 in London, England. British Prime Minister David Cameron chaired an emergency Cabinet meeting this morning, after Britain voted to leave the European Union. Chancellor George Osborne spoke at a press conference ahead of the start of financial trading and outlining how the Government will 'protect the national interest' after the UK voted to leave the EU. (Photo by Dan Kitwood/Getty Images)

There are no comments for David Cameron Holds The First Cabinet Meeting Since The UK Voted To Leave The EU.   Click here to post the first comment.