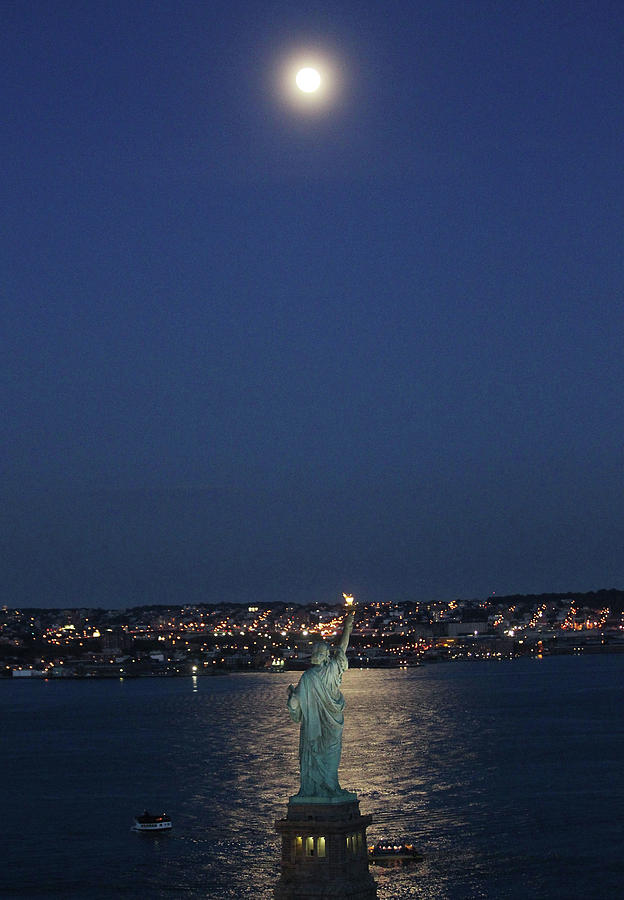 NEW YORK, NY - AUGUST 12: The Statue of Liberty is seen beneath the rising moon on August 12, 2011 in New York City. More than 2,700 people were killed when al-Qaeda terrorists hijacked U.S. passenger jets and flew them into the twin towers of the World Trade Center on September 11, 2001. Nearly ten years after the crippling attacks on Lower Manhattan, business, tourism and new construction like One World Trade Center have rejuvenated the formerly devastated cityscape. (Photo by Mario (Photo by Mario Tama/Getty Images)