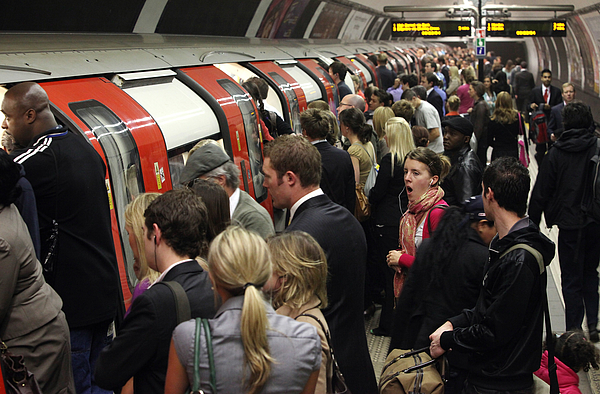 LONDON, ENGLAND - JUNE 11: Commuters wait to board a tube train in Clapham Common station on one of the few London Underground services operating through the RMT Union's tube strike on June 11, 2009 in London, England. A 48 hour strike began at 7pm on Tuesday after discussions over pay and working conditions between London Underground bosses and the RMT Union failed to reach a conclusion. (Photo by Oli Scarff/Getty Images)