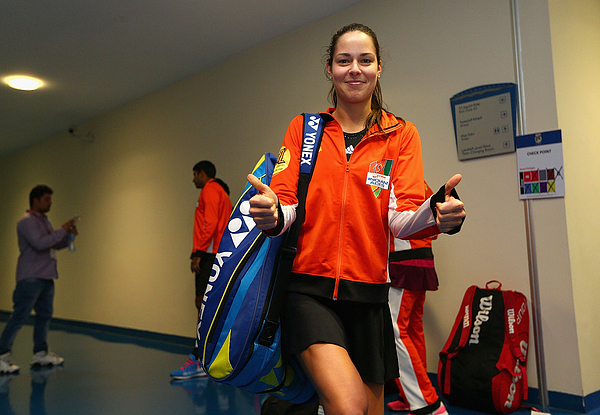 DUBAI, UNITED ARAB EMIRATES - DECEMBER 12: Ana Ivanovic of the Indian Aces has fun back stage before she walks out for her teams match against the Manila Mavericks during the Coca-Cola International Premier Tennis League fourth leg at the Hamdan Sports Complex, December 12, 2014 in Dubai, . (Photo by Clive Brunskill/Getty Images for IPTL 2014)