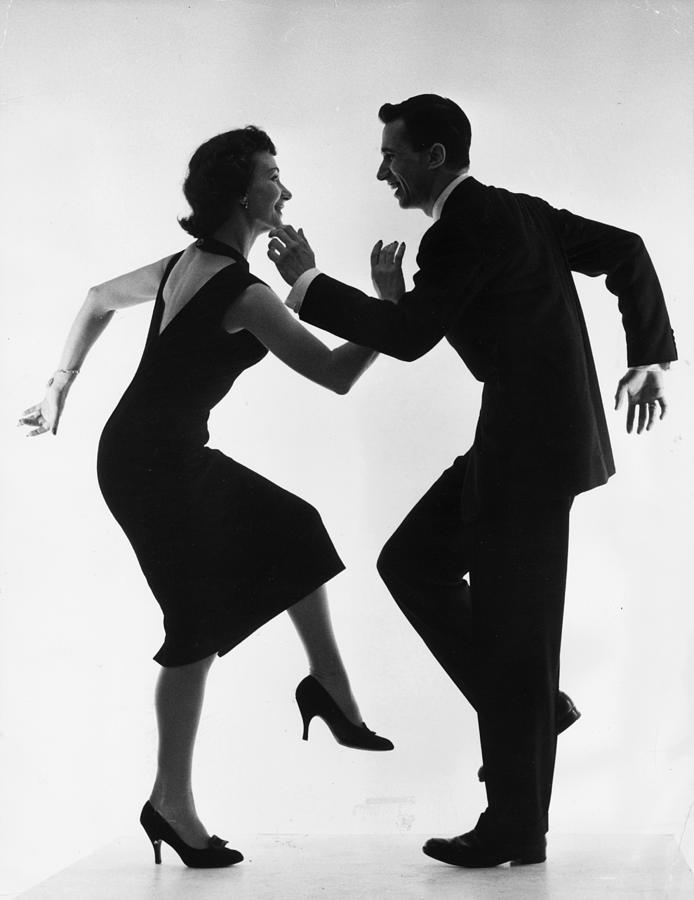 1957: The manager of the Arthur Murray School of Dance, London, and his wife demonstrating the Cha Cha. The Mambo underwent subtle changes, developed into a 'triple mambo', which created a scraping and shuffling sound that produced the imitative sound of 'Cha Cha Cha'. This then became a social dance in itself. Original Publication: Picture Post - 8983 - Cha-Cha - unpub. (Photo by Thurston Hopkins/Getty Images)