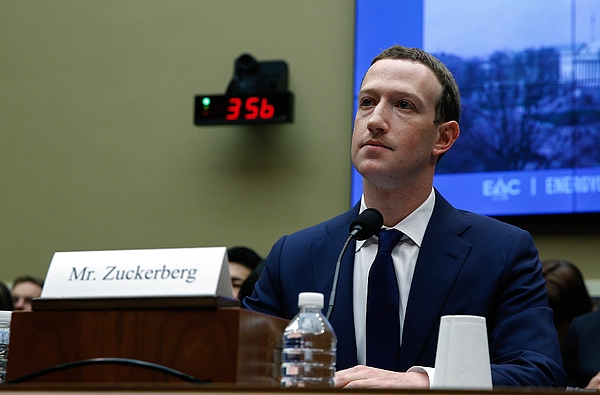 WASHINGTON, USA - APRIL 11: Facebook co-founder, Chairman and CEO Mark Zuckerberg testifies before the House Energy and Commerce Committee in the Rayburn House Office Building on Capitol Hill April 11, 2018 in Washington, DC. This is the second day of testimony before Congress by Zuckerberg, 33, after it was reported that 87 million Facebook users had their personal information harvested by Cambridge Analytica, a British political consulting firm linked to the Trump campaign. (Photo by Yasin Ozturk/Anadolu Agency/Getty Images)