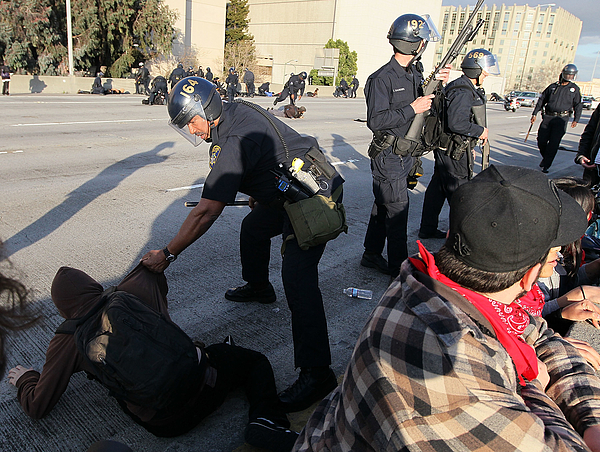 OAKLAND, CA - MARCH 04: An Oakland police officer grabs a protestor after he and a large group attempted to block Interstate 880 following a rally for the national day of action against school funding cuts and tuition increases March 4, 2010 in Oakland, California. Dozens of protestors were arrested after they stormed the 880 freeway as students across the country are walking out of classes and holding demonstrations against massive tuition increases and funding cuts to college universities. (Photo by Justin Sullivan/Getty Images)