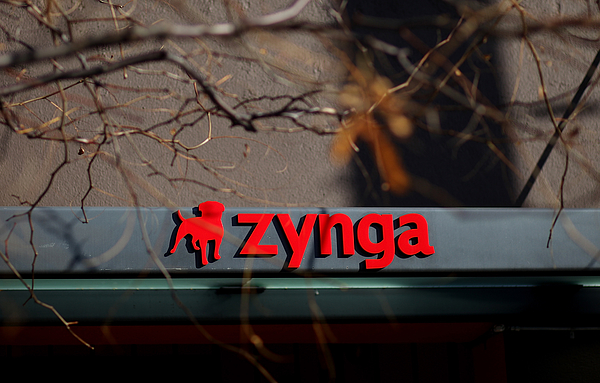 SAN FRANCISCO, CA - DECEMBER 09: The Zynga logo is displayed on the front of the company's former headquarters on December 9, 2011 in San Francisco, California. San Francisco based social games company Zynga is preparing for its initial public offering and hopes to raise as much as $1.15 billion. (Photo by Justin Sullivan/Getty Images)