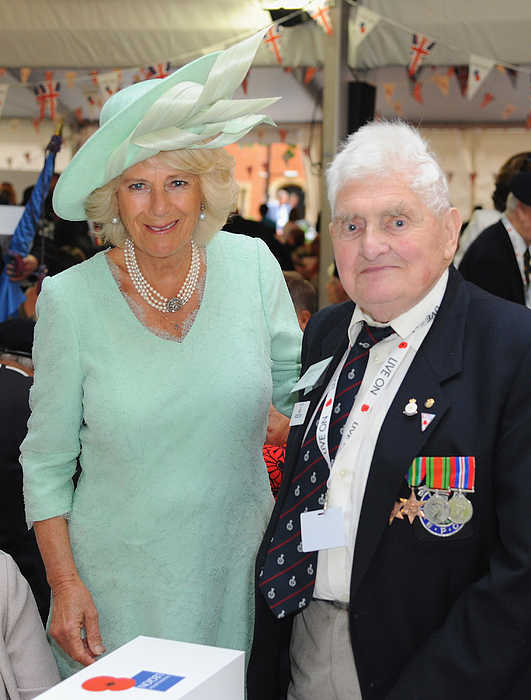 LONDON, ENGLAND - AUGUST 15: Camilla, Duchess of Cornwall meets veterans during the 70th Anniversary commemorations of VJ Day (Victory over Japan) at the Royal British Legion reception in the College Gardens, Westminster Abbey on August 15, 2015 in London, England. The event marks the 70th anniversary of the surrender of Japanese Forces, bringing about the end of World War II. Queen Elizabeth II and Prince Philip, Duke of Edinburgh will join British Prime Minister David Cameron and former prisoners of war during services throughout the day as tributes are made to the the estimated 71,244 British and Commonwealth casualties of the Far East conflict. Japan formally surrendered on September 2, 1945 at a ceremony in Tokyo Bay on USS Missouri. (Photo by Eamonn M. McCormack/Getty Images)