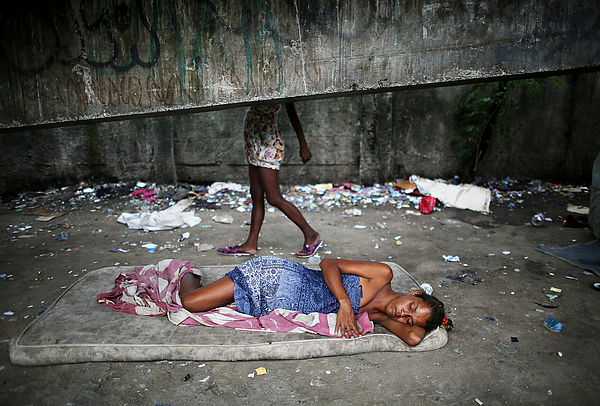 RIO DE JANEIRO, BRAZIL - DECEMBER 10: Drug users gather beneath an overpass in an area known as 'Cracolandia', or Crackland, in the Antares shantytown on December 10, 2013 in Rio de Janeiro, Brazil. According to the Economist, recent studies have shown Brazil to be the world's largest crack market, with 1-1.2 million users. The use of crack has rapidly expanded and become a nationwide epidemic largely due to Brazil's proximity to cocaine-producing countries and an increase in purchasing power within the country. (Photo by Mario Tama/Getty Images)