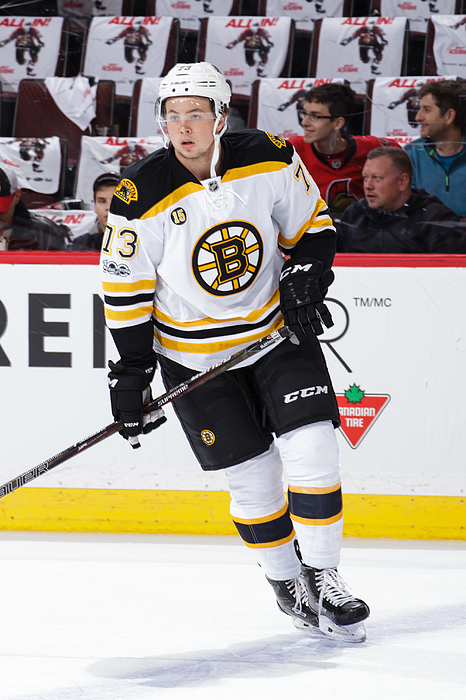 OTTAWA, ON - APRIL 12: Charlie McAvoy #73 of the Boston Bruins skates during warm-ups prior to making his his NHL debut against the Ottawa Senators in Game One of the Eastern Conference First Round during the 2017 NHL Stanley Cup Playoffs at Canadian Tire Centre on April 12, 2017 in Ottawa, Ontario, Canada. (Photo by Jana Chytilova/Freestyle Photography/Getty Images)