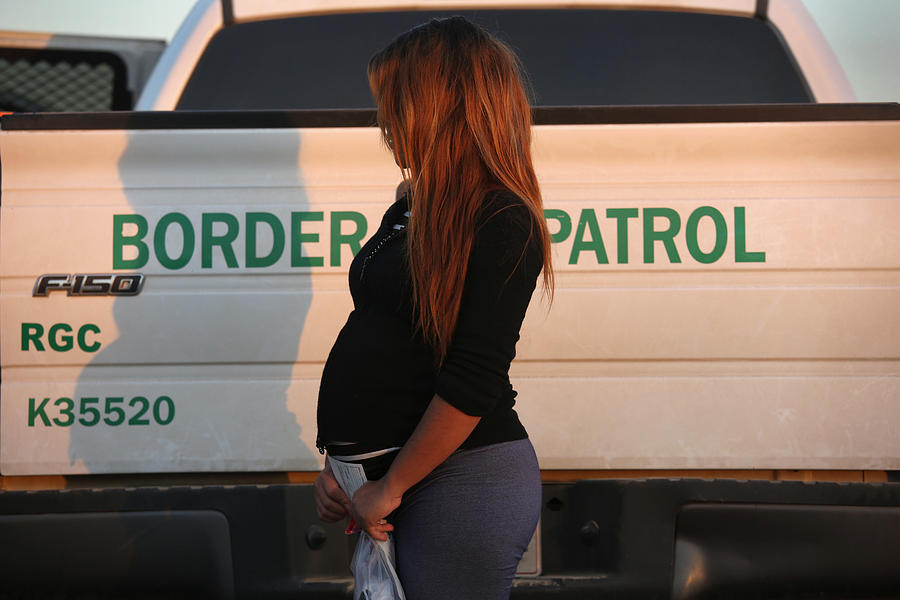 RIO GRANDE CITY, TX - DECEMBER 07: An immigrant from El Salvador, seven months pregnant, she said, stands next to a U.S. Border Patrol truck after turning herself in to border agents on December 7, 2015 near Rio Grande City, Texas. Many pregnant women, according to Border Patrol agents, cross illegally into the U.S. late into their terms with the intention of birthing their babies in the United States. All people born in the U.S. are American Citizens, according to the U.S. constitution. Border Patrol agents continue to detain hundreds of thousands of undocumented immigrants trying to avoid capture after crossing into the United States, even as migrant families and unaccompanied minors from Central America cross and turn themselves in to the Border Patrol to seek assylum. (Photo by John Moore/Getty Images)