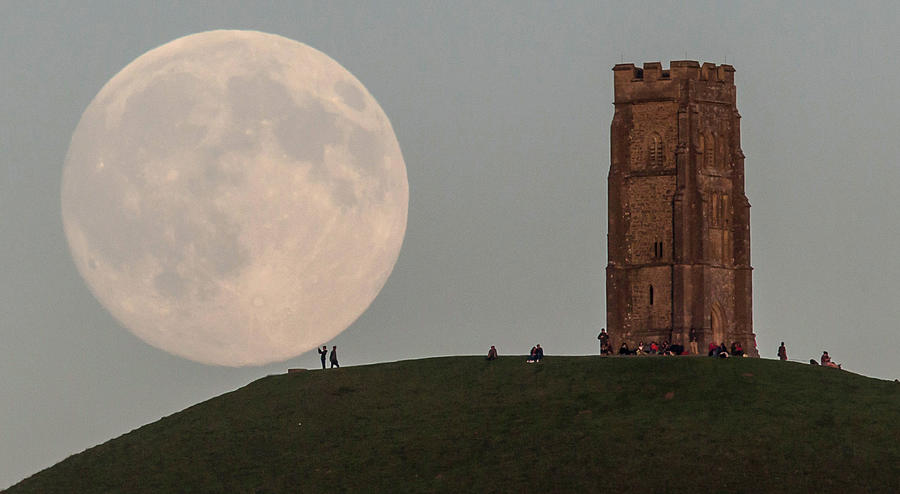 GLASTONBURY, ENGLAND - JULY 30: The moon rises over people gathered on Glastonbury Tor ahead of tomorrow's Blue Moon on July 30, 2015 in Somerset, England. The full moon appearing on July 31 will be what's called a Blue Moon, which refers to the second of two full moons appearing in the same calendar month. The last time this happened was in 2012 and there isn't due another until 2018. (Photo by Matt Cardy/Getty Images)