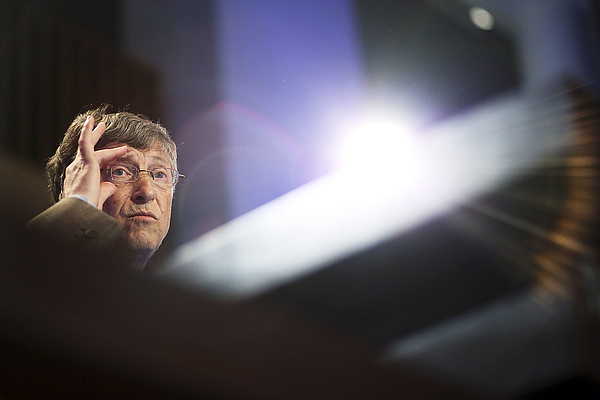 CANBERRA, AUSTRALIA - MAY 28: Microsoft co-founder, Bill Gates speaks to Parliament on May 28, 2013 in Canberra, Australia. Bill Gates is in Canberra today to lobby the government for increased spending on foreign aid. The Labor government announced it will slow it's growth in foreign aid spending after a $19.4AUD billion budget deficit was revealed in May. (Photo by Stefan Postles/Getty Images)