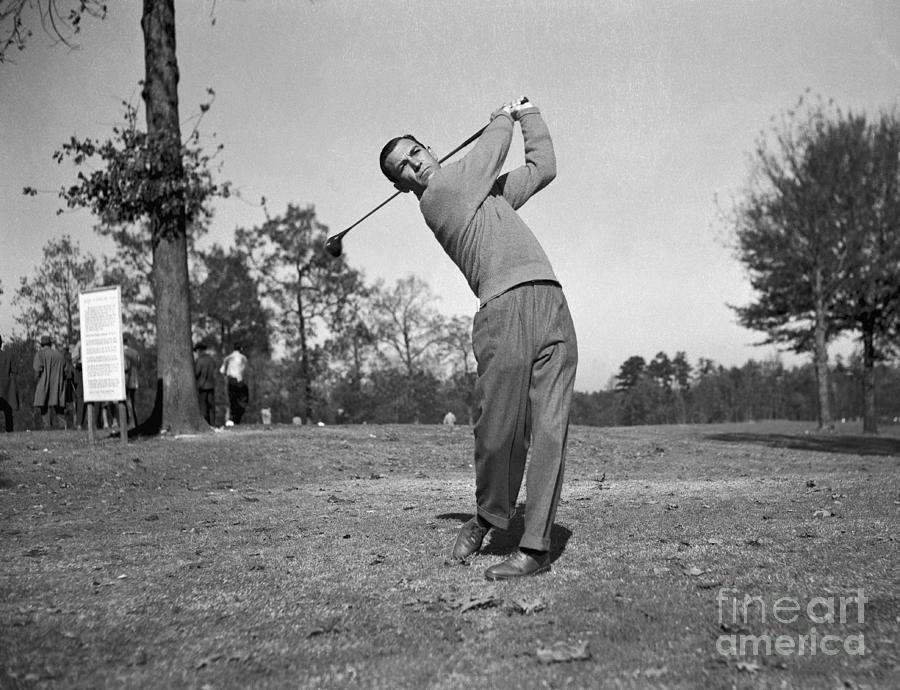 Making one of the most spectacular comebacks in modern sports history, Ben Hogan is shown swinging his golf club during a three-way playoff, for the U.S. Open Golf Championship with Lloyd Mangrum and George Fazio. Mangrum went over the Merion Golf Course in 73 strokes, while Fazio made up the rear with a playoff round of 75. Mangrum sustained a two-stroke penalty on the 16th green when he picked up his ball to blow off a ladybug and kissed it.