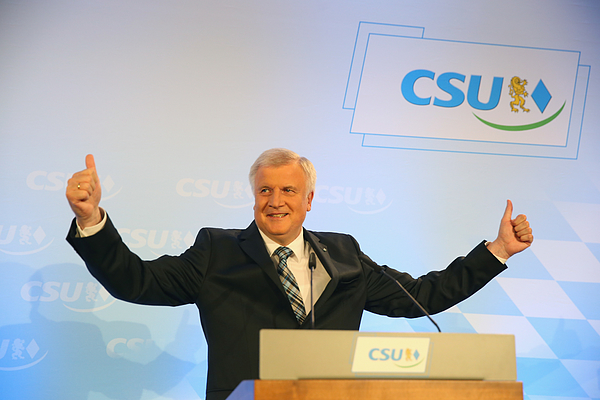 MUNICH, GERMANY - SEPTEMBER 15: Horst Seehofer, Chairman of the Bavarian Christian Democrats (CSU), speaks to supporters at the Bavarian state parliament after initial results give the CSU 49 % of votes cast in Bavarian state elections on September 15, 2013 in Munich, Germany. The outcome in Bavaria will be seen by many as an important indicator ahead of German federal elections scheduled for September 22. (Photo by Alexander Hassenstein/Getty Images)