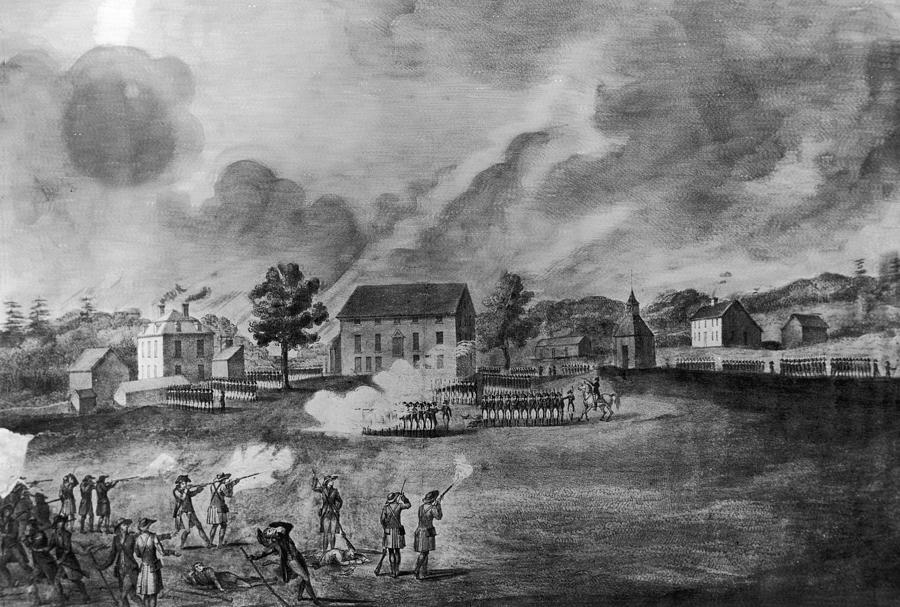 Painting depicting the Battle of Lexington, after initial skirmishes between British soldiers and American colonists that marked the beginning of the American Revolution. En route from Boston to seize the colonists' military stores at Concord, Mass., the British force of 700 was met at Lexington by 77 local minutemen (see minuteman) alerted by Paul Revere and others. Which side fired the first shot is unclear, and resistance soon ended. The British moved on to nearby Concord, where they were met by more than 300 American patriots and were forced to withdraw. On their march back to Boston, they were continually harried by colonists firing from behind barns, trees, and roadside walls. Deaths totaled 273 British and 95 Americans. Lexington, Massachusetts, USA, 17 April 1775. (Photo by Fotosearch/Getty Images).