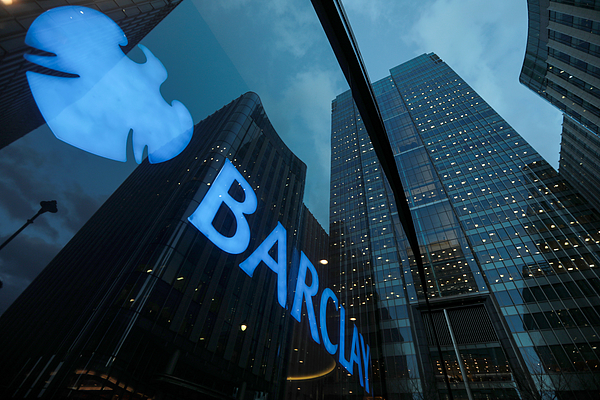 Signage shines through a window reflecting Barclays Plc head offices at the Canary Wharf business, financial and shopping district in London, U.K., on Tuesday, March 21, 2017. Barclays is considering Dublin for their EU base to ensure continued access to the single market, said people familiar with the plans,asking not to be named because the plans aren't public. Photographer: Luke MacGregor/Bloomberg via Getty Images

There are no comments for Barclays Plc Headquarters And Bank Branches As Company Considers Dublin For Their Eu Base.   Click here to post the first comment.