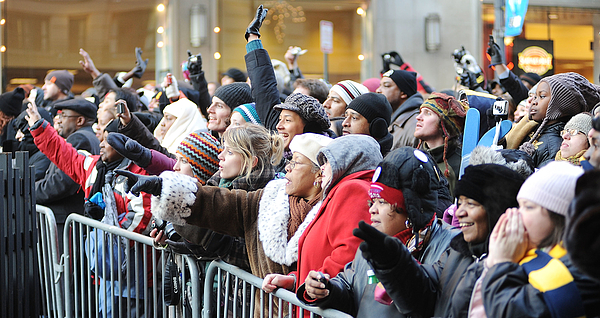 WASHINGTON - JANUARY 20: Inaugural parade spectators wave and cheer as US President Barack Obama and First Lady Michelle Obama go by as they make their way to the Presidential Reviewing Stand January 20, 2009 in Washington, DC. Obama was sworn in as the 44th President of the United States, becoming the first African American to be elected President of the US. (Photo by Emily Barnes/Getty Images)