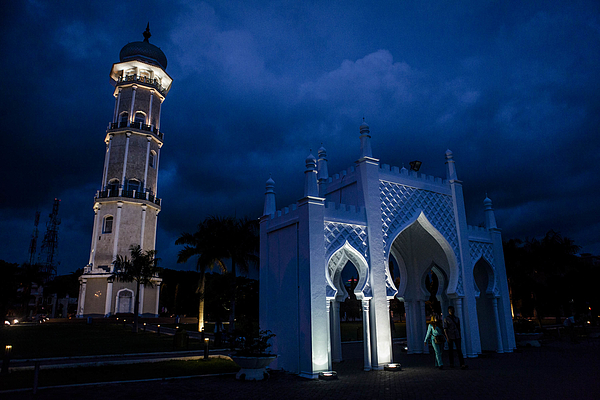 BANDA ACEH, INDONESIA - DECEMBER 15: Acehnese people walk around of the Baiturrahman grand mosque on December 15, 2014 in Banda Aceh, Indonesia. Aceh was the worst hit location, being the closest major city to the epicentre of the 9.1 magnitude quake, suffering a huge hit from the following tsunami and resulting in around 130,000 deaths. Throughout the affected region of eleven countries, nearly 230,000 people were killed, making it one of the deadliest natural disasters in recorded history. (Photo by Ulet Ifansasti/Getty Images)