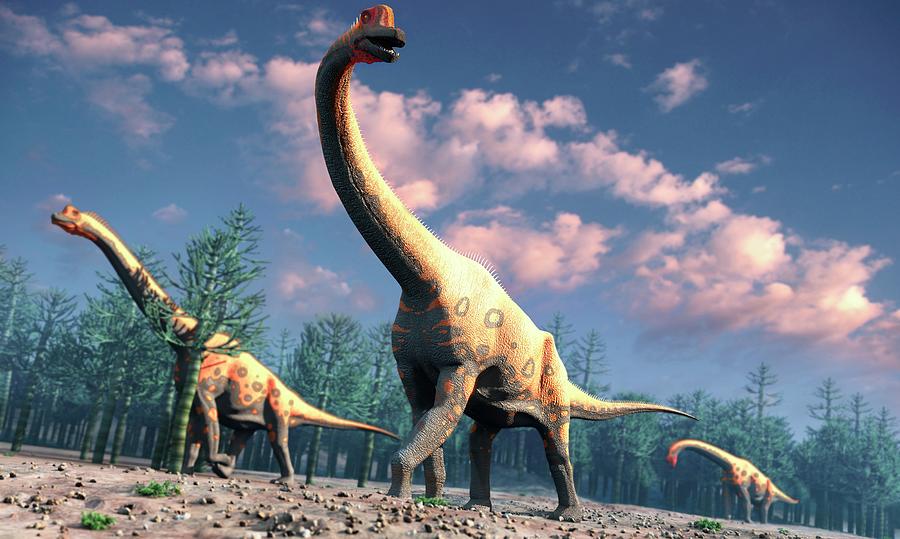 Brachiosaurus was a herbivorous dinosaur that lived roughly 150 million years ago during the Jurassic Period. One of the largest known species of sauropod the long-necked, long-tailed variety its forelimbs were longer than its rear ones. Brachiosaurus measured around 25 metres long and was a high grazer, probably able to feed off trees at heights of up to 13 metres. Only one species in known, B. alithorax. Initially there were two species, the other being B. brancai. But brancai has now been reclassified as belonging to an entirely different, but still similar, genus of dinosaurs called Giraffatitan.