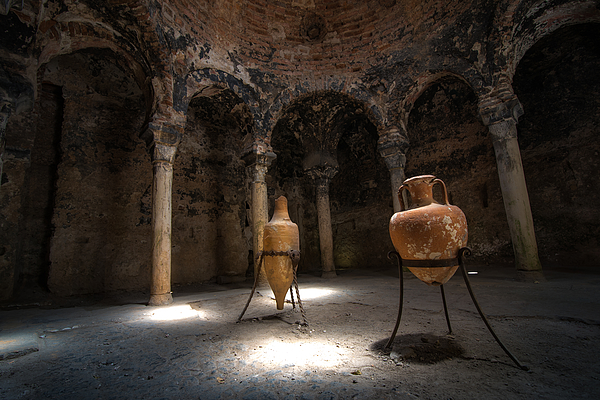 Palma de Mallorca, Spain - July 13, 2017: Jars on a rack at Banys Arabs. This ancient pottery in the Arab baths dates back from from the time of Moorish rule (10th century). Only a few minutes away from the Cathedral, another touristic attraction, the Banys Arabs help appreciate how the Arabs lived and the influence they had on Mallorca's past.