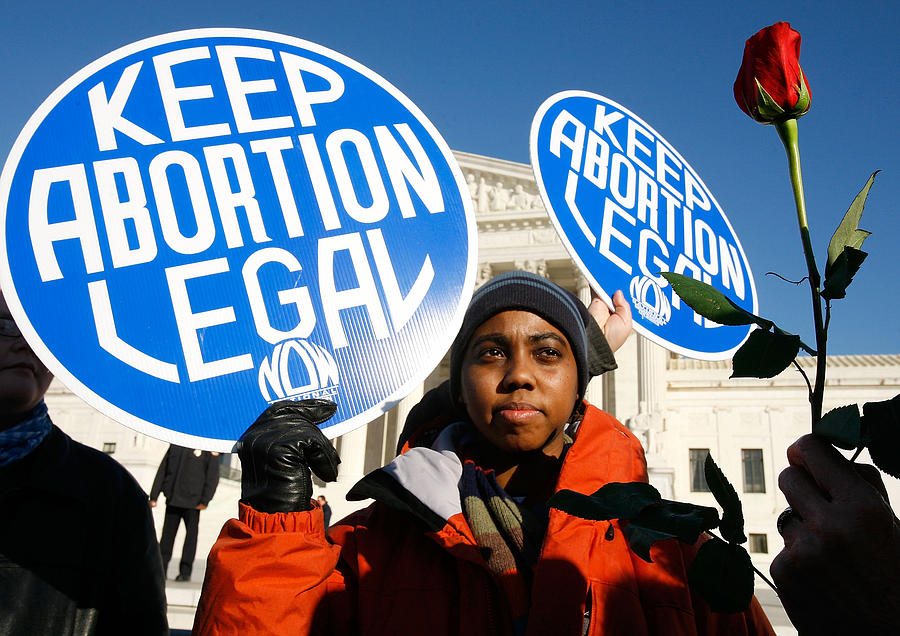 WASHINGTON - JANUARY 22: Local pro-choice activist Lisa King holds a sign in front of the U.S. Supreme Court as a pro-life activist holds a rose nearby during the annual "March for Life" event January 22, 2009 in Washington, DC. The event was to mark the anniversary of the 1973 Roe v Wade Supreme Court abortion ruling. (Photo by Alex Wong/Getty Images)