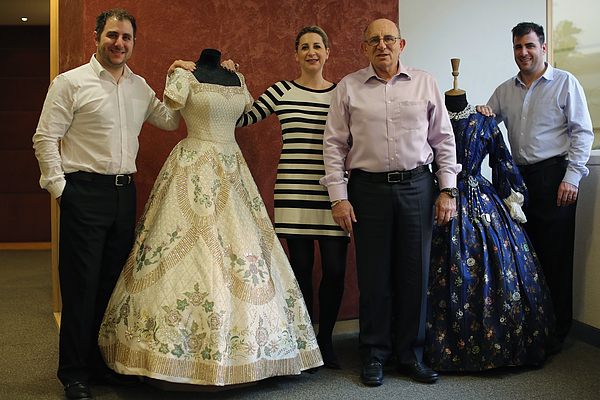 LONDON, ENGLAND - JANUARY 20: The Angel family (L-R) Jeremy, Emma, Tim and Daniel pose for a photograph at Angels Costume House on January 20, 2016 in London, England. Angels Costumes established in 1840 is in its 175th year, and is the longest-established and largest professional costume house in the world. The costumier is to receive the 'Outstanding British Contribution to Cinema Award' at the EE British Academy Film Awards ceremony at Londons Royal Opera House on Feb 14, 2016. (Photo by Dan Kitwood/Getty Images)