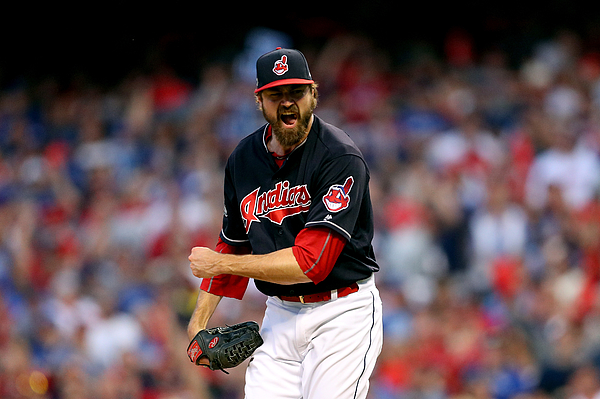 CLEVELAND, OH - OCTOBER 15: Andrew Miller #24 of the Cleveland Indians celebrates after striking out Josh Donaldson #20 of the Toronto Blue Jays in the top of the eighth inning during game two of the American League Championship Series at Progressive Field on October 15, 2016 in Cleveland, Ohio. (Photo by Maddie Meyer/Getty Images)